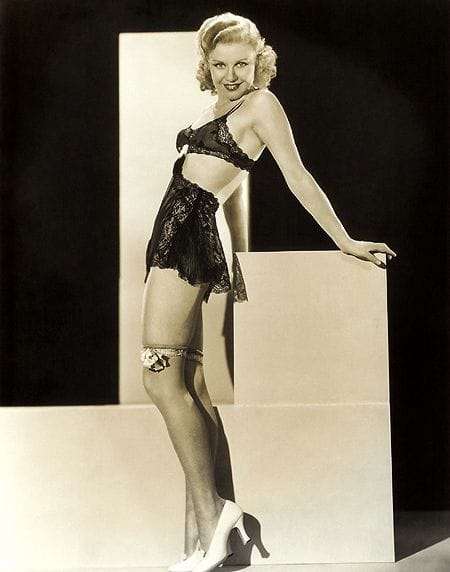 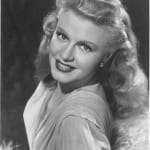 Ginger Rogers was born Virginia Katherine McMath in Independence, Missouri on July 16, 1911. Her mother, known as Lelee, went to Independence to have Ginger away from her husband. She had a baby earlier in their marriage and he allowed the doctor to use forceps and the baby died. She was kidnapped by her father several times until her mother took him to court. Ginger’s mother left her child in the care of her parents while she went in search of a job as a scriptwriter in Hollywood and later to New York City.

Mrs. McMath found herself with an income good enough to where she could send for Ginger. Lelee became a Marine in 1918 and was in the publicity department and Ginger went back to her grandparents in Missouri. During this time her mother met John Rogers.

After leaving the Marines they married in May, 1920 in Liberty, Missouri. He was transferred to Dallas and Ginger (who treated him as a father) went too. Ginger won a Charleston contest in 1925 (age 14) and a 4 week contract on the Interstate circuit. She also appeared in vaudeville acts which she did until she was 17 with her mother by her side to guide her.

Now she had discovered true acting. She married in March, 1929, and after several months realized she had made a mistake. She acquired an agent and she did several short films. She went to New York where she appeared in the Broadway production of “Top Speed” which debuted Christmas Day, 1929.

But the movie that enamored her to the public was “Gold Diggers of 1933” (1933). She did not have top billing but her beauty and voice was enough to have the public want more. She suggested using a monocle and this also set her apart. One song she popularized in the film was the now famous, “We’re in the Money”. In 1934, she starred with Dick Powell in “Twenty Million Sweethearts” (1934). It was a well received film about the popularity of radio. Ginger’s real stardom occurred when she was teamed with Fred Astaire where they were one of the best cinematic couples ever to hit the silver screen. This is where she achieved real stardom. They were first paired in 1933’s “Flying Down to Rio” (1933) and later in 1935’s “Roberta” (1935) and “Top Hat” (1935). Ginger also appeared in some very good comedies such as “Bachelor Mother” (1939) and “5th Ave Girl” (1939) both in 1939. Also that year she appeared with Astaire in “The Story of Vernon and Irene Castle” (1939). The film made money but was not anywhere successful as they had hoped. After that studio executives at RKO wanted Ginger to strike out on her own. She made several dramatic pictures but it was 1940’s “Kitty Foyle: The Natural History of a Woman” (1940) that allowed her to shine. Playing a young lady from the wrong side of the tracks, she played the lead role well, so well in fact, that she won an Academy Award for her portrayal. Ginger followed that project with the delightful comedy, “Tom Dick and Harry” (1941) the following year. It’s a story where she has to choose which of three men she wants to marry.

Through the rest of the 1940s and early 1950s she continued to make movies but not near the caliber before World War II. After “Oh, Men! Oh, Women!” (1957) in 1957, Ginger didn’t appear on the silver screen for seven years. By 1965, she had appeared for the last time in “Harlow” (1965/II). Afterward, she appeared on Broadway and other stage plays traveling in Europe, the U.S. and Canada. After 1984, she retired and wrote an autobiography in 1991 entitled, “Ginger, My Story” which is a very good book.

On April 25, 1995, Ginger died of of congestive heart failure in Rancho Mirage, California. She was 83.

Check out these other Pin Ups: