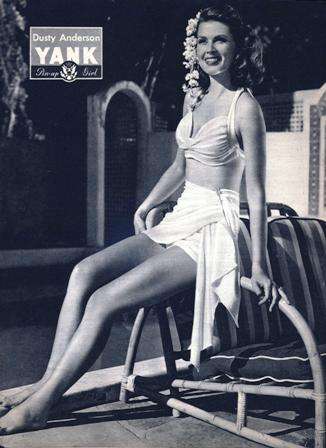 Ruth Edwin Anderson was born on December 17, 1918 in Toledo, Ohio. She began her career as a model, working for Fashion Czar/Modeling agent Harry S. Conover, who renames her Dusty sometime in the early 1940’s. She made her motion picture debut in a minor role as one of the cover girls in the 1944 Columbia Pictures production of “Cover Girl” starring Rita Hayworth, and again appeared with Hayworth in “Tonight and Every Night” (1945). Over the next three years Anderson appeared in another eight films, usually in secondary roles, including a stint in the music Western “Singing on the Trail” (1946), where she performs Hayworth’s piÃ¨ce de rÃ©sistance “Put the Blame on Mame”. 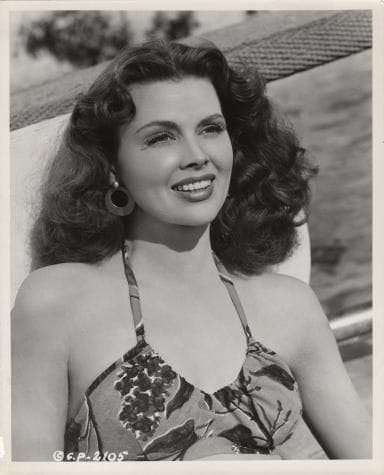 During World War II she was one of a number of actresses who became a pin-up girl, appearing in the October 27, 1944 issue of the United States Military’s YANK magazine. Her first husband, Charles Mathieu, was a U. S. Marine Corps Captain when she married him. (1941 – 1945) (divorced)

Dusty Anderson married Romanian-born director Jean Negulesco in 1946 and retired from acting. Four years later, her final screen work was an uncredited role in one of her husband’s films. The couple eventually left their Beverly Hills digs and moved to the Spanish Island of Majorca. After retiring from pictures, she became an avid painter; she had many showings of her works of art. She had two adopted daughters, Gaby and Tina, both fathered by Negulesco. Dusty remained married to Negulesco until his death in 1993. 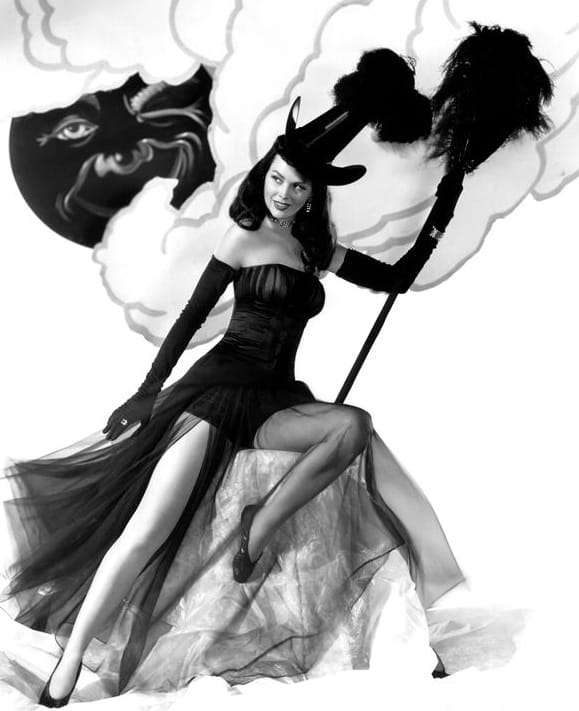