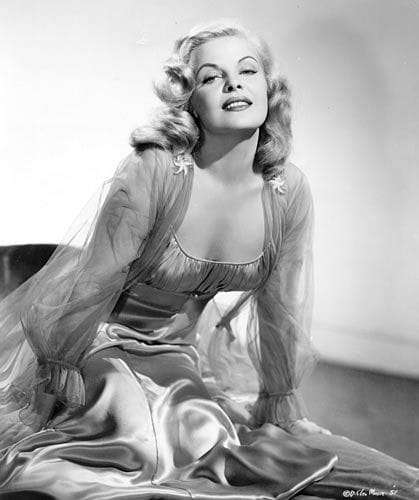 Cleo Moore was born October 31, 1928 in Baton Rouge, Louisiana. Her parents were deeply involved in Democratic politics. Politics, in Louisiana, was an all consuming passion with a lot of families in the 20’s and 30’s. 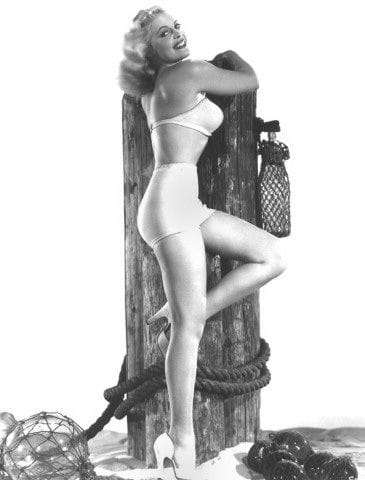 Cleo began her trek to stardom when she participated in school plays in high school. When she was just 15 years old, Cleo wed Palmer Long, son of the late Huey “Kingfish” Long in 1944. Palmer’s father had been one of the movers and shakers in Louisiana politics for years, first serving as governor and then the U.S. Senate. He was assassinated in 1935 in the state capitol building. (Cleo, herself, was to run for Governor of Louisiana in 1956). The marriage was doomed to fail having lasted a mere six weeks.

After Cleo finished high school, she moved with her family to California where her father was anticipating the end of World War II and the building boom that was expected to follow. Once in sunny California, it didn’t take long to get “discovered”. She was spotted by an RKO executive and was convinced to take a screen test. She passed. Her first film was in a rather non-descript film called “Congo Bill” in 1948. After that fiasco, Cleo went back to work at her family’s building business and did some modeling.

Two years later, in 1950, the shapely blonde appeared in a Western entitled, “Rio Grande Patrol”. She received fifth billing in the movie that got no where. That year proved to busy for Cleo as she appeared in five other films. In “Bright Leaf”, a film about the tobacco industry, was a well-received one even though she had only a small part. “Gambling House” was, somewhat, of a personal breakthrough. Instead of having, basically, unknowns as her co-stars, Cleo had Victor Mature and William Bendix. Then it was back to another substandard flick called “This Side of the Law”. Hard as it was to break into films that really grabbed to public’s attention, Cleo seemed to be destined to stay in B movie roles for the balance of her career. Â She did appear in a good film called “On Dangerous Ground” in 1951 with Ida Lupino and Robert Ryan, but had only a minor part. For an actress who had a wonderful talent, she seemed to be picked because of how her physical attributes played on the screen. Never mind the role. That seemed secondary to the moguls of the studios. She was very beautiful, but Cleo wanted them to look past that and see the talent she possessed. In 1954, Cleo appeared in two more duds, “The Other Woman” and “Bait”. The following year she made two more films, “Hold Back Tomorrow” which was termed strange and “Women’s Prison”. Although a second class movie, it fared well at the box-office because of the subject matter and Cleo. Other than that, it didn’t have a lot going for it. In 1957, Cleo starred in her final film, along with her sister, Mari Lea, called “Hit and Run”. She had star billing, but it was another bomb. 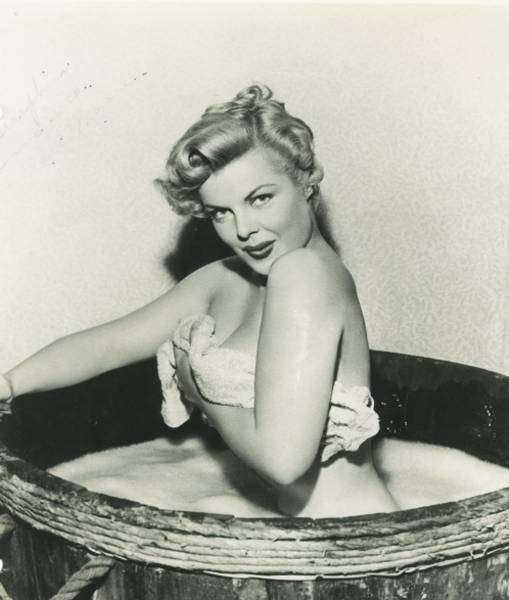 Cleo More, then, left films forever. She married a real estate tycoon in 1961 and settled down to a life of being a socialite and domesticity. Cleo had a daughter born in 1963. Less than a week before her 45th birthday, Cleo died of a heart attack on October 25, 1973 in Inglewood, California. To her legions of fans, she remains their favorite sex symbol of the 1950’s and others languish knowing that her talent could have sent her to loftier heights instead of being wasted in minor roles in substandard B pictures.

Nickname: Queen of the B Movie Bad Girls